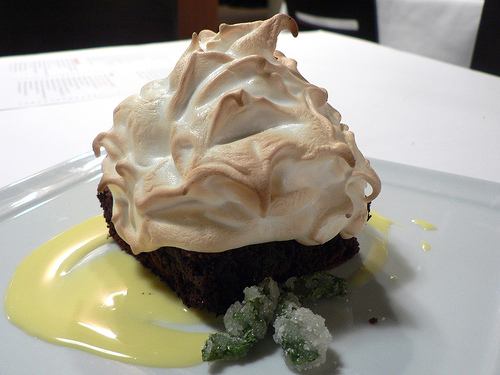 There have been 5 main loves in my dad’s life to date –  his family, his “wee dug”,  the North Sea, Michael Schumacher and food.

You could say that food was in his blood.  His Father Jimmy was a baker with his own shop in the fishing village of Pittenweem, both sons were trained  in the family business. Dad didn’t follow the floury career path in the end but the skills he learned stayed with him and fuelled his life-long passion for food.

Instead of loaves Dad concentrated on fishes,  trawling the North Sea every week for most of his working life.  Although  no gourmet he was a naturally good cook and was in charge of  keeping the hungry crews he sailed with over the years happy with wholesome and simple dishes such as mince and tatties, cullen skink and skirlie.

Recipe for Skirlie (great with a chicken dinner or with mince and tatties).  Melt 50g of butter and add a finely chopped up onion.  Cook till the onion is soft.  Add in 175g of oatmeal and season well.  Cook on the hob for about 15 minutes and away ye’ go.

Mum and I did not eat fish! I  didn’t like fish simply because my mum didn’t like fish (makes sense when you are 6).  A  fisherman’s family who won’t eat fish –  it really was ludicrous. I did like fish fingers but they didn’t count.  They were a banned substance in the Taylor household amid many tales of fish eyes and guts. Dad did finally get me on board so to speak with a simple version of Cullen Skink.

Dad’s easy Smoked Fish in Milk – Pop a piece of smoked fish  in a dish, cover with milk, add some onion slices, a knob of butter and a wee bit of tomato. Cook in the microwave  and serve up with lots of fluffy white bread to soak up the juices.  Simple and satisfying. Sometimes we added a potato or some grated cheese!  It was a flexible affair.

Like most homes in the 70’s and 80’s tastes were pretty simple – roast beef and yorkshire puddings, mince and tatties, steak, chips and onion rings, stews (I am sure it was the same in your house).  Sole Veronique was not a family staple,  but it was what mum and I decided to  prepare in a bid to impress Dad one Saturday evening.  His reaction was a bit like Peter Kay’s Garlic Bread sketch.  You know the one,  Garlic ……….. and Bread!!!  Same scene Fish… and Grapes… and Wine!!!   Not a raging success but as cooking entered celebrityville, Dad did embrace the new and it became our new shared interest.

Baking was where he really excelled.  He was and is an avid fan of all things sweet as it rather evident from his substantial girth.  You don’t get to be on first name terms with the staff of Fisher & Donaldsons for no reason!

He is most well-known for his shortbread, little round beauties dusted in sugar. Hard to stick to one or two and brilliant dunked in your tea.  He has always been a bit Machiavellian with his baking in my opinion.  Is taking shortbread to the reception staff in the Doctor’s surgery, the traffic wardens who walk the streets of St Andrews and the ladies who work in the bank a form of bribery? You decide!

Dads Shortbread Recipe.  4 0z butter, 2 0z sugar, 5oz flour, 1 oz semolina.  Cream butter and sugar together until light, fork through the flour and semolina.  Draw the mixture together with your fingers to make a dough. Roll out and cut into rounds.  Prick all over with a fork and put in an oven at 170 for 40 minutes or until the colour of pale straw.

He is the only person I personally know who has successfully made Baked Alaska.  Cue another Peter Kay moment  –  Ice Cream …. in the oven.  What’s that all about?  It was as I remember gorgeous but not something I would be brave enough to contemplate making even now.  Hats off to Mr Taylor for impressing us with this remarkable feat.

Even when things did go wrong on the baking front it was often so very right.  My love of toffee stems from his attempt to make tablet.  We never did get tablet but we did get a tray of amazingly gooey toffee.  Much better than tablet in my opinion and probably why I can’t pass a packet of Thornton’s special toffee to this day.

On most weekends we  trooped off to either St Andrews or Kirkcaldy  when I was a kid. Both of which were home to The Pancake Place..  The Pancake Place was a sweet tooth haven.  I believe there were savoury options available but my family swiftly bypassed them, tucking into sizeable american style pancakes with our favourite teeth rotting toppings.  Lemon and sugar for mum, maple syrup and cream for dad and chocolate sauce with nuts and cream for me. We loved these pancakes so much that Dad mastered making even bigger versions at home.  We would have them on a Saturday night with lashings of maple syrup and too much cream whilst watching Dusty Bin (3-2-1).  The pancakes became legendary!

I could write a book of memories of my Dads cooking and baking and probably a sequel on my Granny who was a demon baker.  But I will stop here …. for now!

Unfortunately Dad can no longer bake which is sad (though my hips give a sigh of relief) so it is nice to remember all the fabulous “tasty bites” he is famous for.

I am not a baker, principally because I am also a sugar addict and I eat EVERYTHING that I bake.  But perhaps I ought to at least try to keep the family skill alive and haul out the Kenwood Chef he gave me recently to give it a go.  Wish me luck!

10 thoughts on “Loaves and Fishes”